Political Climate Change: The Evolving Role of the Arctic Council

Climate change is occurring faster in the Arctic than anywhere else on the planet. Because of climate change, sea ice on the Arctic Ocean is melting and creating a new political environment for the eight member states of the Arctic Council. The Arctic Council was formed in 1996 as an intergovernmental forum for member states to address primarily environmental issues, but the institution also has the potential to manage political and diplomatic relations. The Arctic Council has been effective as a forum for member states to discuss environmental issues, but resistance by Arctic superpowers hampers its ability to become a binding institution with a political relations focus. Canada's involvement in the Arctic has been historically inconsistent, reactionary, and focused on sovereignty. The Canadian government's 2010 policy document Statement on Canada's Arctic Foreign Policy: Exercising Sovereignty and Promoting Canada's Northern Strategy Abroad should have emphasized development, governance, and regional security rather than sovereignty. As the upcoming chair of the Arctic Council in 2013, Canada has the opportunity to increase co-operation in the region and encourage the creation of a new Arctic Council working group that focuses on persuasive management of the region's political affairs.

Alison Ronson is an MA/JD candidate in the Norman Paterson School of International Affairs, Carleton University and the Faculty of Common Law, University of Ottawa 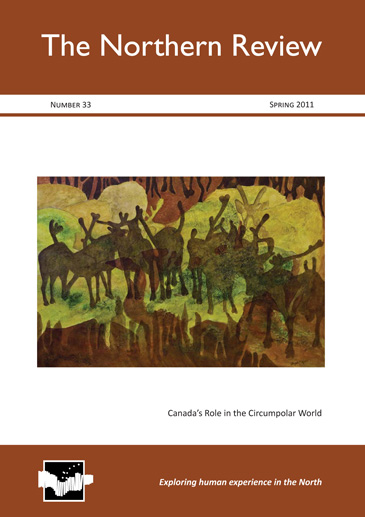