On the Autonomy and Territorial Interests of the Indigenous Peoples of the North, Siberia, and the Far East of Russia at the Present Stage

This article considers the problems of ethnic and territorial autonomy, and the various models for protecting territorial interests at the present stage of development of the Russian Federation and the Indigenous peoples of the North, Siberia, and the Far East. The amalgamation or merger (‘ukrupnenie’) of autonomous areas, territories, and regions that has been taking place since 2005, presents a series of challenges concerning crucial issues of preservation and development for the Indigenous ethnic groups in the North of Russia. The results of the 2005 referendums on merging subjects (territorial-based jurisdictions) of the Russian Federation, which passed by a significant margin, demonstrate the democratic standards and procedures underlying the attempt to abolish the ethnic and territorial autonomies. However, the inadequacy and inefficiency of state security and protection of Indigenous peoples’ rights to use natural resources becomes more complex when the subject regions are merged. This article studies the issues relating to different forms of autonomy; the constitutional and legal understanding of the autonomy; the validity of ethnic and territorial autonomy as a special political-legal method to protect ethnic groups; as well as legal mechanisms for ensuring the interests of the Indigenous peoples in deciding the territorial issues. The paper is part of a special collection of brief discussion papers presented at the 2014 Walleye Seminar, held in Northern Saskatchewan, which explored consultation and engagement with northern communities and stakeholders in resource development. 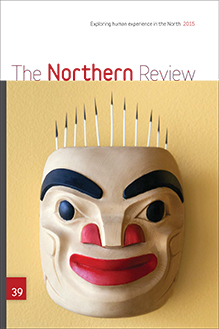