Popular Images of the North in Literature and Film

From Introduction...
A central thesis of Walker Percy's novel, The Moviegoer, is that a place becomes real only when perceived on the silver screen. If this is true, then the north country -- meaning  Alaska  and the Yukon -- is a frozen frontier populated by Klondike prospectors, outlaws, sled dogs and stout-hearted Mounted Policemen along with a smattering of Eskimos, dance-hall women, seal poachers, fishermen, and other hard bitten characters who inhabit the fringes of life. Hollywood, in its search for a good story, has largely passed over many parts of North America. But while the north country has always been too vast, too remote, and too cold for comfort or belief, it has also been too dangerously exciting to ignore. Movie makers, therefore, have created more than 200 feature-length films about Alaska or the Yukon (see Alaska/Yukon Feature Films, following). Such an impressive output, of course, has had a major impact on creat­ing public perceptions of Alaska and the Yukon, particularly between 1914 and 1955. Recognizing the impact of those films, questions arise regarding why Hollywood has perceived the North the way it has, how those images have been modified over the years, and, how Hollywood's attitude toward the North differed from that of its literary predecessors. 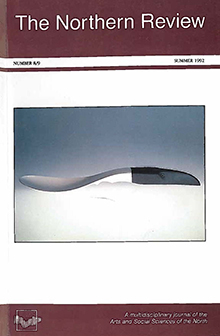