This article examines the relationship between culture change and climate change in Newfoundland at 1500–1100 cal BP, a period during which two cultural groups lived there, Dorset Palaeoeskimos and Recent Indians. Dorset Palaeoeskimos were specialist seal hunters and Recent Indians practised a more generalized economy based on a mix of marine and terrestrial resources. We suggest that climate warming recorded in marine and lake proxy data from western Newfoundland, and dated at 1500–1100 cal BP, undermined the subsistence basis of a key Dorset site, Phillip’s Garden, at Port au Choix. We speculate that warming sea surface temperatures might have occurred throughout coastal Newfoundland and if so might have undermined Dorset seal hunters in all regions. We also link Dorset population collapse to the abandonment of Phillip’s Garden, which we hypothesize was a key site that facilitated social relations with Labrador. We argue that site abandonment disrupted important social networks, and as a result Dorset populations throughout Newfoundland became increasingly vulnerable in the face of increasing environmental stress on harp seal resources. At the same time, climate warming and the Dorset collapse positively impacted contemporaneous Recent Indian populations, enabling an increase in population and their expansion into areas vacated by Dorset. 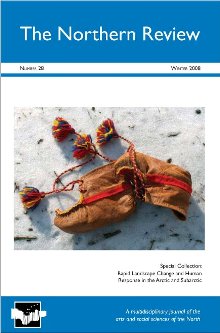