Educational Leadership at Moose Meadow School: A Contextualized Portrait of a Northern Canadian School and its Principal

Research studies of northern Canadian schools are rare (Goddard and Foster, 2002). From this point of departure, this article presents a portrait of Moose Meadow School and its non-Indigenous principal, employing A. Richard King’s The School at Mopass: A Problem of Identity (1967) as a historical backdrop. In light of the paucity of northern educational research, this article presents two descriptions: the school and the principal’s daily life as operated under the central authority of the Yukon Department of Education in 2008, and that of a residential school in the 1960s, as operated by the federal government department then known as Western Region, Indian Affairs Branch, Canadian Department of Citizenship and Immigration. Observations and interviews were employed as data gathering instruments to record the daily operation of the school and the actions of the school principal. The article offers a theoretical contribution with respect to the role of identity and constructions and enactments of educational leadership. It further sheds light on the centrality of the school in northern rural communities where Aboriginal land claims have been settled with territorial and federal governments.

is a school administrator with the Yukon Department of Education in Whitehorse, and is a recent graduate of the PhD (Educational Studies) program at the University of British Columbia. 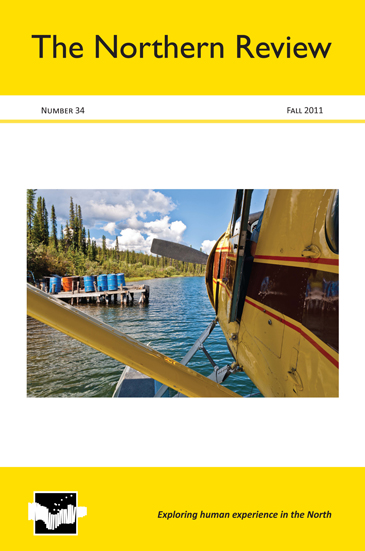