Nunavut’s Education Act: Education, Legislation and Change in the Arctic

The 2008 Nunavut Education Act endeavours to call the public education system to account for linguistic, cultural and local relevance to the majority Inuit population. Development of the legislation involved lengthy scrutiny of every previous and newly proposed law, to confirm that they coincide with a new vision of education. Implementation of the Act is now necessitating system transformation on the part of educators, administrators, district education authorities and territorial government officials on a substantial scale. This article will explore the historical roots of the 2008 Act. Renewal of the education system was made possible and necessary by the creation of Nunavut Territory in 1999, which grew out of the Nunavut Land Claims Agreement and negotiations for increased Inuit self-government, but efforts to return ownership of the school system to parents and community members has largely occurred separate from this political movement. Situating the Act in the history of educational policy and decision-making, it can be seen as a milestone in a longer change process aimed at creating schools that better reflect communities and the needs of northern students. Considering the inherent potential of education to reflect and to sustain Inuit self-determination, linguistic protection and cultural promotion, the intersection of education with politics through the 2008 Act was long in coming. However, education is now seen to be one of the Nunavut government’s most important priorities. This is well worth recognizing in the history of education in Nunavut, and in Canada as well. 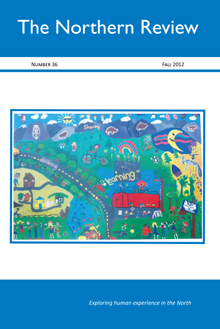