[Full text of the Introduction follows. Link to PDF below]

In 2014 Canada is still awkwardly bound by its nineteenth century origins. The geographic and demographic character of the provinces—and the constitutional division of powers—were established before motorized ground travel was common, before mass air travel was dreamt of, and long before the Internet lifted some of the psychological constraints of distance and locality. Transportation infrastructure channels our travels east and west. When Canadian history is diachronically taught it is very frequently recounted as the story of European exploration and sett lement from east to west. There are many consequences of this “latitudinal” perspective, the most serious of which is that it distorts understanding by ignoring the many histories of the civilizations that were here before Europeans arrived— including those to whom the circumpolar Arctic is home.

A second distorting eﬀ ect of the nineteenth century origin is the extent to which Canada’s current situation as an important power in the circumpolar basin is invisible to Canadian citizens. Our long Arctic coastline, second in size only to that of Russia, and our strategic position for Atlantic-Paciﬁ c and North America-Russia shipping—not to mention our world-changing innovations in democratic governance in the northern territories—are rarely integrated in public discussions about fundamental political and economic decisions. Within the country, Canadians look east and west, not north. Beyond our borders, they look south (though litt le neck-stretching is required to see the constantly communicating colossus on our southern perimeter), east to Europe, or west to the trading partners of Asia. It is tempting to consider that these psychological dispositions account for the extent to which the northern dimension of Canadian foreign policy remains an appendix to the country’s main business abroad.

With this special issue of the Northern Review, we oﬀ er some countervailing perspectives. Authors from a variety of disciplines and several countries consider one important aspect of circumpolar politics—relations among Canada, the European Union (EU), some of the EU countries, and some neighbouring states such as Russia. Two contributors, Terry Fenge and Jennifer Spence, focus on the Arctic Council. Fenge provides a close analysis of the recent history of the Arctic Council, with an eye to how Canada, occupying the Council’s chair until 2015, will respond to key challenges. Spence lifts the lid on an often-ignored feature of circumpolar aﬀ airs: how the internal organization of a participating state (in this case, Canada) aﬀ ects its foreign policy and approach to a particular international organization. Cecile Pelaudeix and Thierry Rodon take up similar themes in their comparison of eﬀ orts by the European Union, Germany, and France to develop coherent Arctic policies in the context of growing regional complexity and other national priorities. Richard Powell explores the complex interplay of United Kingdom and Scotland political goals with respect to EU membership and Scott ish independence, as these are refracted in discussions of Arctic policy and approaches to Arctic environmental and other challenges. Russian goals in the Arctic and the charged relations between Russia and the EU are the focus of Pami Aalto’s analysis, which concludes that sovereignty and great power management issues constrain opportunities for co-operation on trade and environmental stewardship. Heather Nicol draws att ention to the original sovereign peoples of the circumpolar region, considering how evolving contemporary understandings of Arctic sovereignty may aﬀ ect the non-state actors—Indigenous governments and organizations—in the region.

Frances Abele is Professor of Public Policy and Administration, Carleton University and Academic Director of the Carleton Centre for Community Innovation 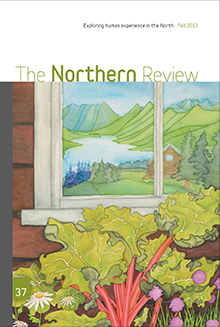 Special Collection: The Arctic Council, the EU and Polar Politics