Socio-Economic Trends in the Canadian North: Comparing the Provincial and Territorial Norths

While there has been a recent increase in social research relating to the Canada’s Territorial North, there is a relative poverty of research dealing with the Provincial North. That comparatively little has been written about the Provincial North means it is difficult to compare the social and economic situations in these two regions. This article is an introductory comparison of key socio-economic indicators as contained in the Census of Canada. The data shows that there are both similarities and important differences between these two regions. In addition to the Provincial Norths having a much larger population than the Territorial North, the two regions have different occupational and industrial structures with the Provincial Norths having more blue-collar jobs linked to the resource sector while employment in the territories is much more dependent on the public sector. Despite this, in terms of population change, both regions appear to be very much influenced by the booms and busts of the resource economy. Both regions have higher percentages of Aboriginal population than most regions in Canada. Indeed, differences between the various regions of the Canadian North are likely the result of variations in the percentage of the population that is Aboriginal. 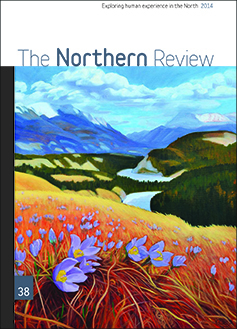