What Has Been Learned Should be Studied and Passed On: Why the Northern Co-operative Experience Needs to be Considered More Seriously

Since their beginnings fifty years ago, co-operatives have become a common institutional form in the Arctic regions, existing in virtually all communities. This article outlines the extent and nature of the northern co-operative movement. It briefly reviews some aspects of its history and discusses the varied economic and cultural roles co-operatives play in northern communities. It shows that they evolved generally within a form of partnership between northerners and southerners and displayed remarkable entrepreneurial capacities on both local and regional levels. The article argues that co-operatives have been and are a successful form of northern enterprise, though they have encountered many adversities over the years. They have contributed significantly to the financial, human, and social capital of the region. They have involved a steadily growing number of Indigenous people as employees, managers, and directors. The article questions why, in the discussions of future economic and social development in the northern regions, more attention is not paid to the possibilities that the co-operative model offers, given what co-operatives have accomplished in the past and are accomplishing in the present. It calls upon researchers, within and outside the academy, to take more seriously the roles co-operatives have played within communities and across the northern regions. 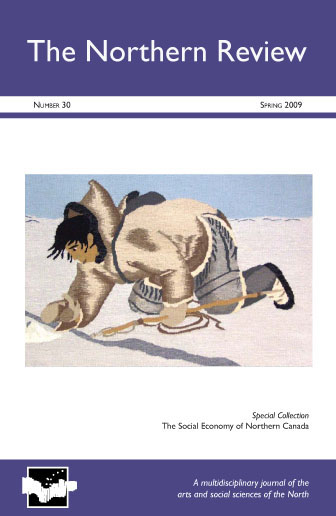