“All Occurrences Within or Without the District:” The North-West Mounted Police, the Canadian Government, and the Order of the Midnight Sun’s Plot to Take Over the Yukon

In September 1901 the North-West Mounted Police (NWMP) discovered that a group of American miners, calling themselves the Order of the Midnight Sun, were planning to take over Canada’s Yukon Territory. The “Conspiracy,” as the plot was known, set in motion a furious response by the Canadian government. The Mounted Police launched a full-scale investigation into the Order’s activities. To fully investigate the conspiracy during the Alaska boundary dispute, the Mounted Police, a domestic force, had to operate in Canada and the United States and co-operate with American authorities both in Skagway, Alaska and on the American west coast. The government’s secret service, the Dominion Police, were also involved in the investigation, and they too had to work with American authorities, including Pinkerton’s National Detective Agency, in Seattle and San Francisco. During the Klondike gold rush, the Yukon was part of a borderlands region that made working in the United States and co-operating with American authorities essential to the Mounted Police position in the Yukon. 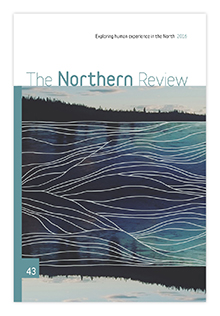