The Arctic Council Sustainable Development Working Group (SDWG) has been developing socio-economic indicators (SEI) for the Arctic for over a decade, with an emphasis on finding and applying indicators that speak to the people and cultures of the Arctic. The SDWG’s work is encapsulated in three studies: the Arctic Human Development Report 2004 (AHDR), the Arctic Social Indicators 2010, and case studies that were captured in Arctic Social Indicators 2013. In this study, we apply the ASI 2010 indicators to the northern Saskatchewan Métis community of Ile a la Crosse, using the available Canadian and Saskatchewan socio-economic indicators, in order to test the applicability of the ASI 2010 methodology to a northern provincial community. In this exercise, we were hampered by the failure of the National Household Survey of 2011 and the dearth of published provincial socio-economic indicators. For instance, the 2013 case studies indicate that territorial governments in the far north provide a greater wealth of applicable ASI 2010 data for remote indigenous communities than does the province of Saskatchewan. Finally, the federal government of Canada continues to demand fees for services in order to access data from sources as essential as the Aboriginal People’s Survey (APS) 2012 limiting access to data that is critical for the analysis of resiliency and inequality in indigenous communities. Overall, we found that the Arctic social indicators provided a clear and concise picture of the social inequalities that exist between northern and southern Saskatchewan, while also demonstrating the strength and resiliency of this Métis community. 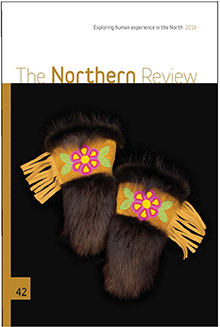