The Northern Review was established to provide a platform for serious, informed, and provocative writing on the Canadian North and the Circumpolar World. The four articles included in this issue continue in that tradition. They cover a diverse, even surprising, range of topics.

Anthony J. Dzik introduces readers to the city of Nuuk, Greenland, which he suggests is a “primate city” because of its disproportionately large population within Greenland, and its manifestation of the national character. Residents of the North will find his article fascinating both for what it says about the compelling community of Nuuk but also for the magnetic economic, political, and cultural power of the capital city, a phenomenon that can be seen across the region.

Paul Steenhof does an excellent job of “northernizing” a critical national debate about “standards,” looking specifically at water issues, emergency response capacity, building design, and environmental management. He makes a compelling case that national standards do not always address North-specific concerns and needs.

The third article, by Andrew Chater, documents the growing role and authority of the Arctic Council, arguing that this important transnational and circumpolar organization has outgrown the limited role envisaged by the national governments that founded it. He makes it clear that the limitations of the Arctic Council have not been addressed by recent developments, but he is encouraged by the continuing transformation of the organization.

The final essay in this issue, by Ellen Power and Arn Keeling, examines a little-known episode in northern history, the 1978 crash of the Soviet satellite Cosmos 954 in the Northwest Territories. The authors use this event to expose the structural, scientific, institutional, and cultural limitations of northern and national governments in coping with an unanticipated northern crisis.

Each of these four articles makes a significant contribution to northern scholarship and each, in their own way, demonstrates the fundamental importance of critical and well-informed scholarship to the continued development of the Circumpolar North. We are delighted to include them in the growing body of scholarship introduced through the Northern Review. 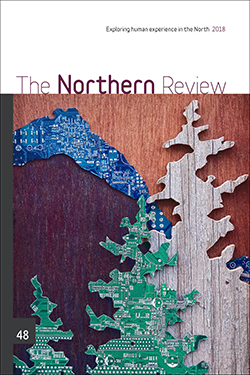